Jodhpur cricket player Surendra Godara will play IPL with Lucknow Super Giants : After Ravi Bishnoi, Jodhpur cricketer Surendra Godara has been selected as a net bowler in the IPL Lucknow Super Giants. This can prove to be an important step for Godara to achieve a position in international cricket. However, his journey to reach here was not easy. An accident in the early days could have shattered both Godara’s career and dreams. This is about two years ago.

Left-arm spinner Godara said, ‘On 7 June 2021, a practice match was going on at the Spartan Academy. My batting number came. Bowling was done by fast bowler Somraj Bishnoi. The ball was traveling at a speed of 125 km/h and hit the right side of the head. He fainted as soon as the ball hit. When he regained consciousness, he was in AIIMS. For two days I did not even recognize myself. The memory was gone. Who was coming to meet and what had happened was not even known. As soon as the swelling of the head was over, then things started returning to normal. All the relatives and acquaintances who were coming used to do the same thing, don’t play cricket anymore. I myself had made up my mind not to play cricket during two months of bed rest.

Surendra told that when he got well, he started remembering cricket. There was pressure from the family members not to play cricket. Called the coach one day and expressed his desire to play again. On this, coach Pradyut and Shahrukh motivated and took them to the field. After the accident, when he entered the field for the first time, he was afraid that the injury might not hit the head again. Started again from zero. 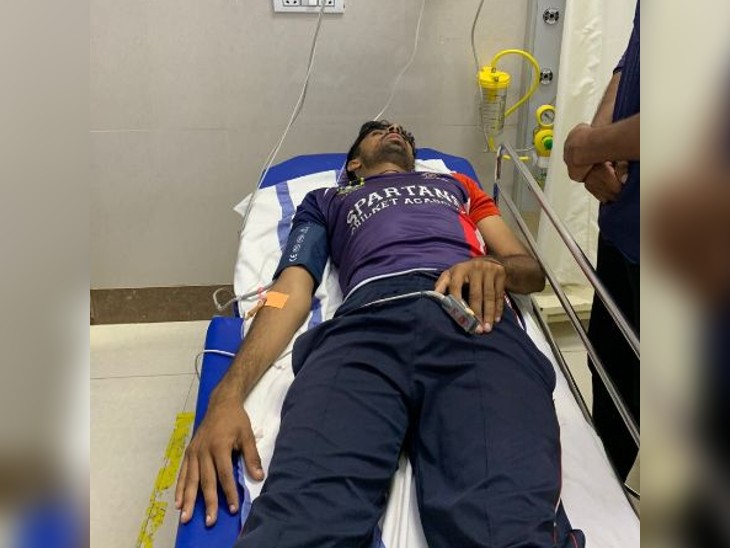 Coach Pradyut told that Surendra is a left arm spinner. He will definitely be able to play Test matches for India going forward. Coach Shahrukh told that Surendra has played with Rajasthan Royals junior team in 2018. Surendra made his cricket debut in 2015 and joined the academy in 2016. Practices 5 to 7 hours daily in the academy. He said that like Ravi, he will also play for the India team in the coming times.

success story of jodhpur cricketer shubham garhwal : After Ravi Bishnoi, another cricketer from Jodhpur has got a chance in the Indian Premier League (IPL). Rajasthan Royals has bought Shubham Garhwal of Jodhpur for Rs Read more…